Just added to your cart

Commemorating the Evolution of
Cannabis Laws in 9999 Fine Silver.

2009 saw the introduction of our first Cannabis Coin - the half ounce silver LEGALIZE IT coin. The reverse of the coin featured the best argument we could think of for cannabis legalization: Abusus Non Tollit Usum. In simple terms, this means abuse is no argument against proper use.

As it turns out, quite a few people agree with this idea - the small chance of abuse should no longer stand in the way of putting nature to good use recreationally, medicinally and industrially. And so, in just the last few years, several states have taken the bold step forward and ended cannabis prohibition.

Since 2012, eleven states and the District of Columbia have passed legislation granting both medicinal and recreational use of cannabis.

To celebrate the evolution of civilization’s attitude towards cannabis, we are pleased to introduce for your consideration the LEGALIZED collection, soon to be a 50+ coin series commemorating each state’s bold move to recognize the value of cannabis and its citizens’ right to enjoy it. Join us as we mark these historic moments in solid 999 fine silver! 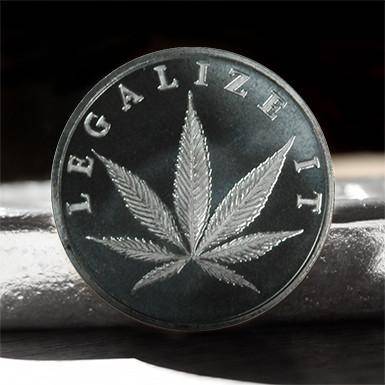 For more than 99% of its known history, the Cannabis Sativa plant has been an integral component of civilization. Cannabis, referred to simply as hemp when used, could be found across the globe in countless industrial, medicinal, dietary & spiritual applications. Quite possibly the world’s first agricultural crop, villagers near modern-day Taiwan cultivated cannabis for use as hemp cord in pottery more than 10,000 years ago.

Contrary to today’s political attitude, the law through history quite often mandated cannabis cultivation. Dating back to early American history in the Jamestown colony, colonial settlers harvested hemp for rope, clothing and ship sails. During times of war, farmers were required by law to produce as much of the versatile plant as possible. In modern times, hemp suffers from a century-long smear campaign. Labeled as dangerous and prone to abuse, governments worldwide have limited man’s access to the plant in an effort to protect us from nature. 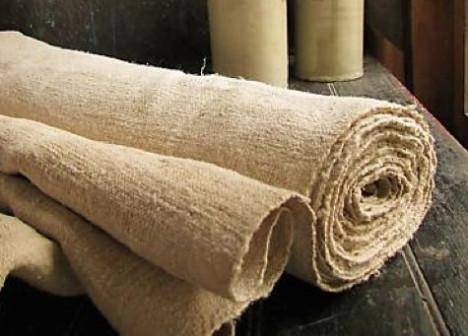 Hemp cord was used in ancient times for pottery and textiles 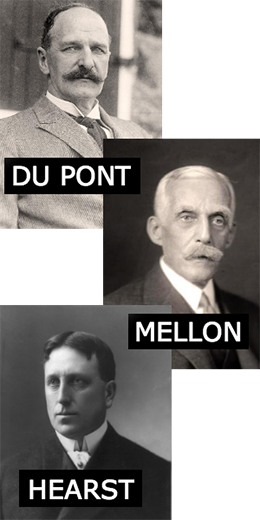 As with most other irrational laws, follow the money to find the root of the injustice. With a quick search, you’ll discover that once again, the world’s most powerful industrial, media and banking elite conspired to criminalize hemp, as the invention of the decorticator posed a threat to their inferior fiber, paper and chemical concerns.

The naturally-occurring renewable resource in many ways lacked commercially-beneficial limitations, similar to JP Morgan’s infamous question to free energy proponent Tesla: “where do you put the meter?” As a result of racially-motivated vilification and competition-thwarting crony capitalism, hemp was renamed to marijuana, a Mexican slang term, and federal and state governments systematically declared hemp illegal in the first half of the twentieth century.

THE WAR ON NATURE

It’s no surprise that the foolish prohibition of hemp continues largely to present day. After all, the industries surrounding cannabis prohibition earn billions each year in revenues. Besides the lost benefit to industry players that would be unusually hampered by hemp’s production, millions of people are employed to police, prosecute, incarcerate & rehabilitate “offenders”. 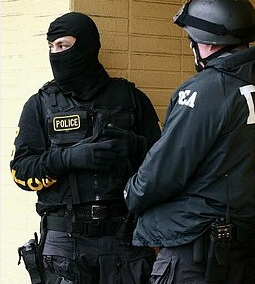 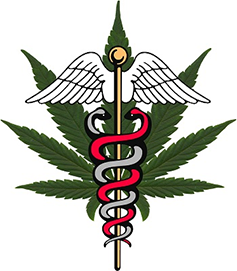 But most troubling today is the persistence of prohibition in the face of the growing awareness of hemp’s medicinal benefits. The chemical and industrial concerns of the early 20th century have largely taken a back seat to today’s profit-hungry pharmaceutical giants, bent on restricting natural and alternative medicine. Accounting for zero fatalities, and boasting an ever-growing list of scientifically-proven medicinal benefits, hemp is finally receiving recognition as a proven alternative in the treatment of many medical conditions and diseases. Why then does it continue to be regarded as a dangerous substance?. 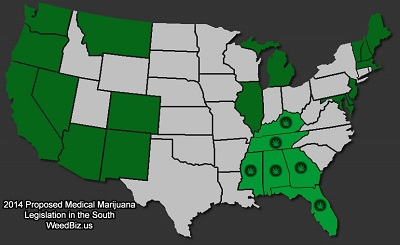 THE TIDE IS TURNING

Fortunately, years of fiscal irresponsibility, an overwhelming amount of scientific research and several high-profile admissions of error have resulted in a larger public questioning the vast waste that is the war on “drugs”.

Beginning with California in 1996, several state legislatures have taken the bold step of decriminalizing hemp, paving the way for greater research, understanding & use of the plant both medicinally and recreationally. Today, at least 30 states permit limited access to cannabis and THC products. The list of participating jurisdictions and the permission they grant is growing steadily.

Unfortunately, federal response to the shift signals that nature is not yet out of harm’s way. Ignoring the demands from the public to alter its position on hemp, the federal government has turned to a crusade of fear and intimidation in a final, bitter, irrational attempt to maintain control over the plant. Ignoring local laws & states’ rights, the Drug Enforcement Agency continues to exert pressure on farmers, dispensaries and consumers, even though they may be fully compliant with local laws. Raids, arrests and asset seizures persist to this day, in campaign of terror against the unstoppable movement. 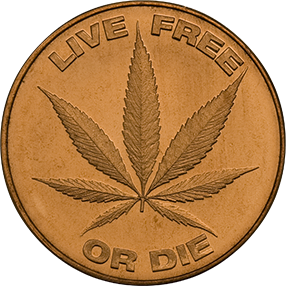 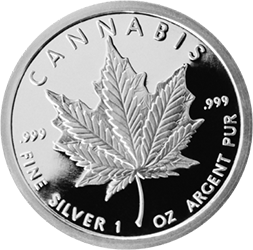 There is no doubt that the federal government overreaches its constitutionally-limited boundaries. With record-low approval ratings and a record-high percentage of Americans that don’t trust the government, it’s a wonder how they’re able to continue enforcing laws and reeking havoc on the hemp movement.

One obvious reason is that the federal government controls the issuance of currency; money that businesses and consumers use each day to transact with each other is property of the Federal Reserve. The money that is used by the market to trade for one of nature’s greatest treasures is the same money used to supply federal agents with guns, flash-bang grenades, and other weapons used daily against its own citizens. 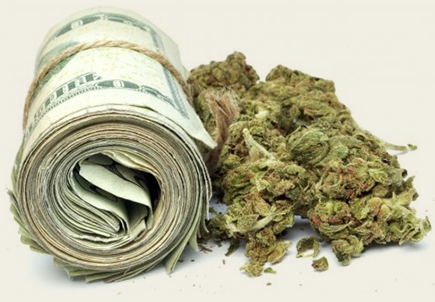 COMMEMORATING THE EVOLUTION OF
CANNABIS LAWS IN 999 SILVER

The most bold action you can take is to acquire and trade money that doesn’t support the system – silver, copper, gold & crypto-currency. Every dollar you take out of the banking network is one less that can be seized or spent on enforcement agents, prosecutors, wardens & others “just doing their jobs” in the name of an outdated & irrational set of laws, designed to keep mankind dependent upon the overlords. At CannabisCoins.com, we promote decentralized currencies that can be used by farmers, dispensaries & consumers to eliminate reliance on legacy structures, removing damaging contradictions that keep people stuck in the outdated patterns.

The government’s attempt to control our bodies and our rights has led to the real immorality and social injustice our society continues to experience. 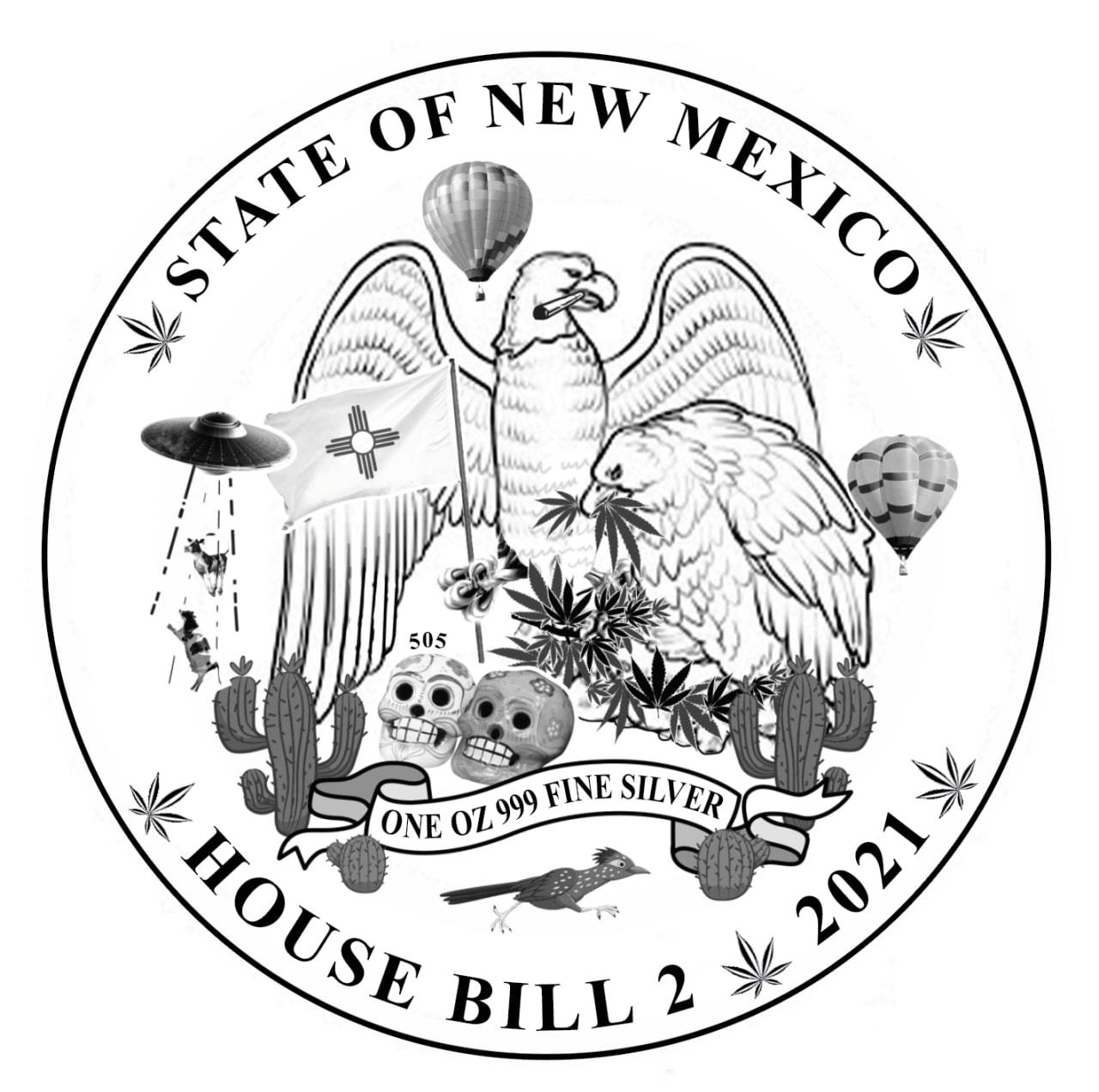 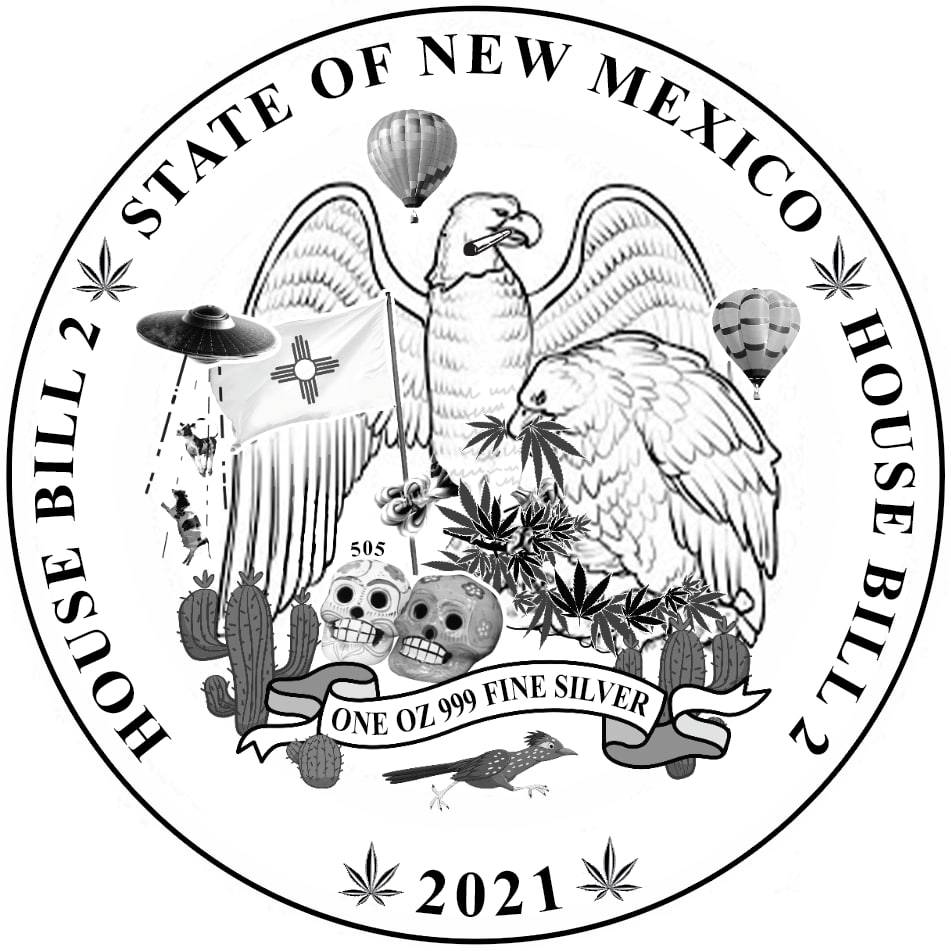 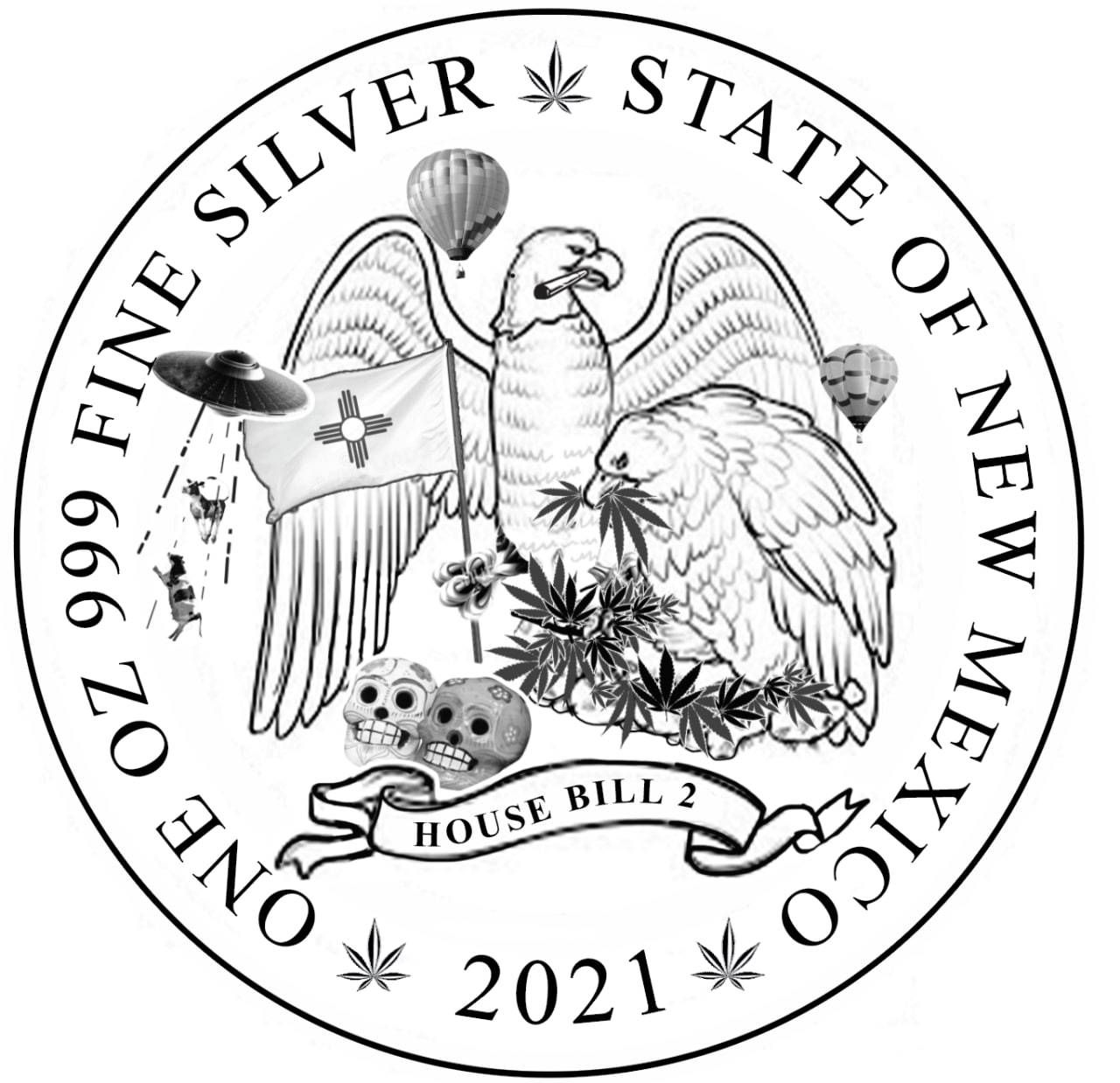 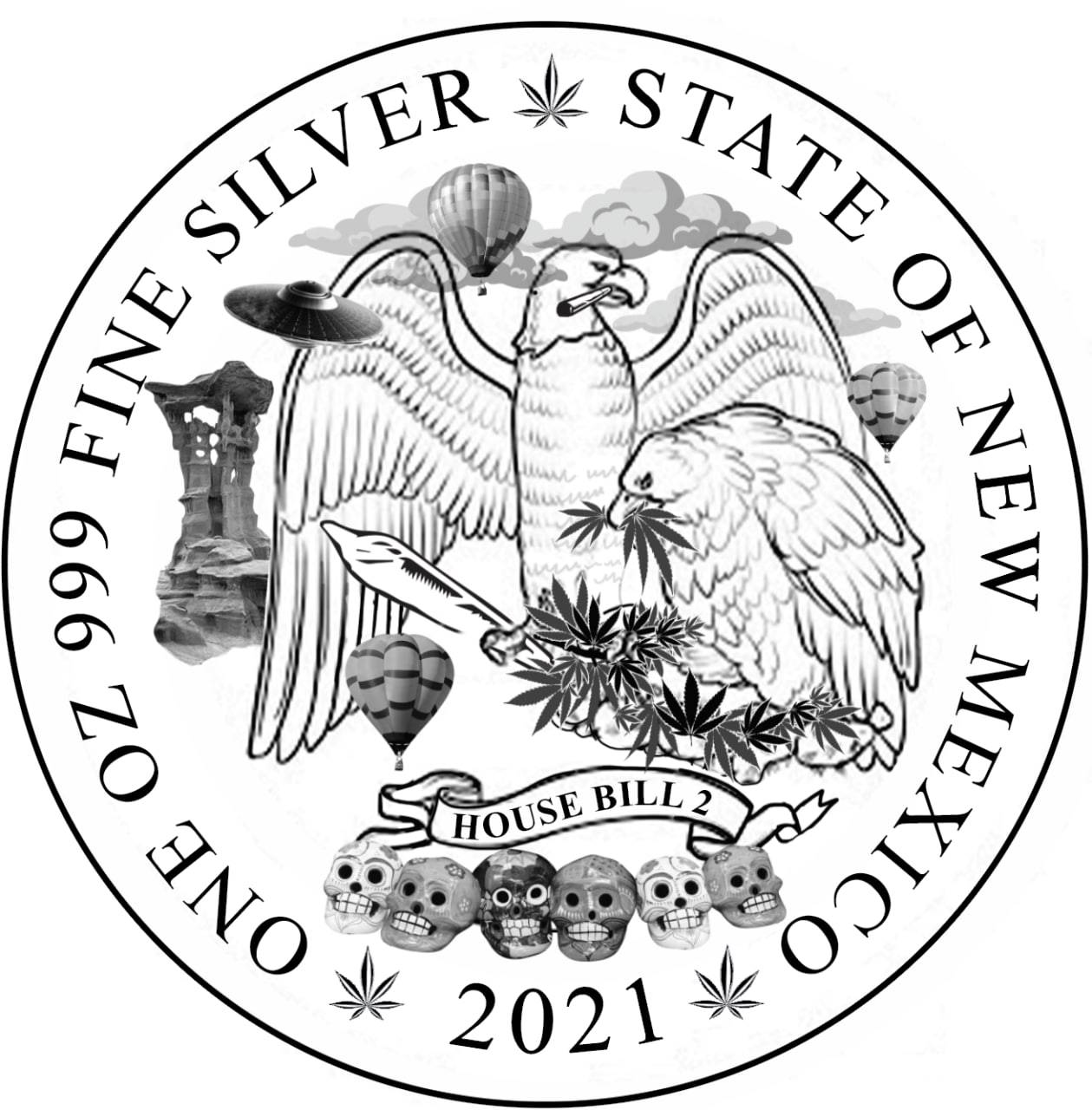 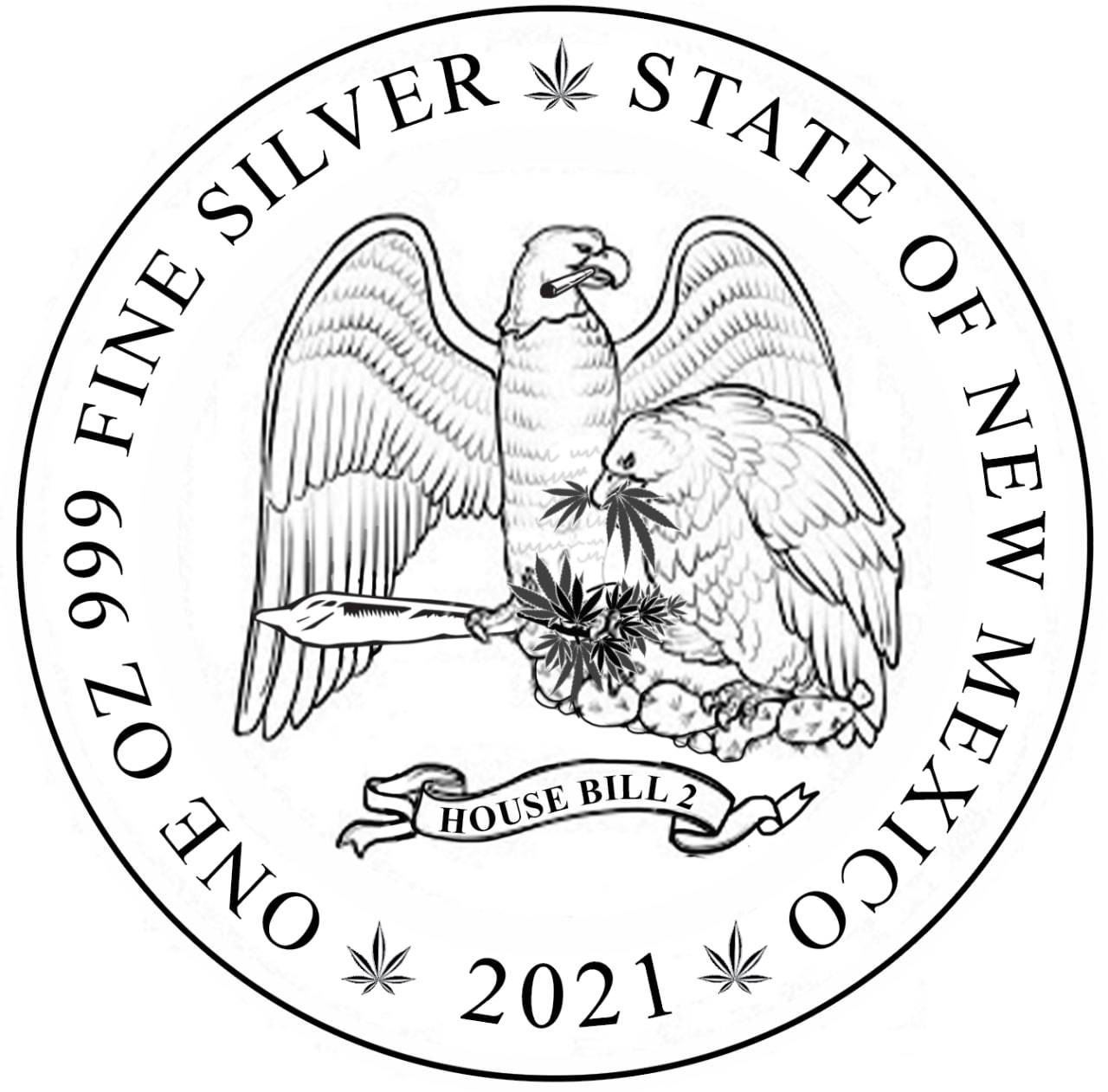 Discussions around the legalization of Marijuana are a hot topic in the United States of America. Some believe it should not be legalized citing health reasons and other cons which might affect the lives of ordinary people. Recently, New Mexico passed a law, House Bill 2 (HB 2), ending the ban on cannabis. With this, New Mexico became the 19th State to do so.

The breakthrough was applauded by many cannabis consumers and criminal justice reform advocates who believe that the bill was the need of the hour to put an end to disproportionate persecution of the poor and minority against illegal marijuana. In this regard, New Mexico Gov. Michelle Lujan Grisham was quoted as saying, “This is the end of the disproportionate criminalization of people of color for cannabis possession. And it's the beginning of building a new industry for New Mexicans.”

The law now allows personal possession in limited quantities in addition to self-cultivation of it for adults 21 and older. Now, the People of New Mexico can legally own up to two ounces of cannabis, 16 grams of concentrates, and grow a maximum of six mature plants for personal use. While personal recreational use has already become legal, the first public sales are potentially expected to start by the spring of 2022. On the other hand, at a time when many New Mexicans hailed the law, the governor of the state also joined the peoples’ narrative and said, “The legalization of adult-use cannabis paves the way for the creation of a new economic driver in our state with the promise of creating thousands of good-paying jobs for years to come,” the governor said in a press release.

This milestone does come with challenges. It is highly expected that it will have a lot of workloads for the state regulators as they will have to prepare to issue a variety of marijuana business licenses by the start of 2022 to various businesses. For instance, quality testing labs; industries that produce, refine, package and sell cannabis products; and as well as to the craft marijuana micro-businesses. 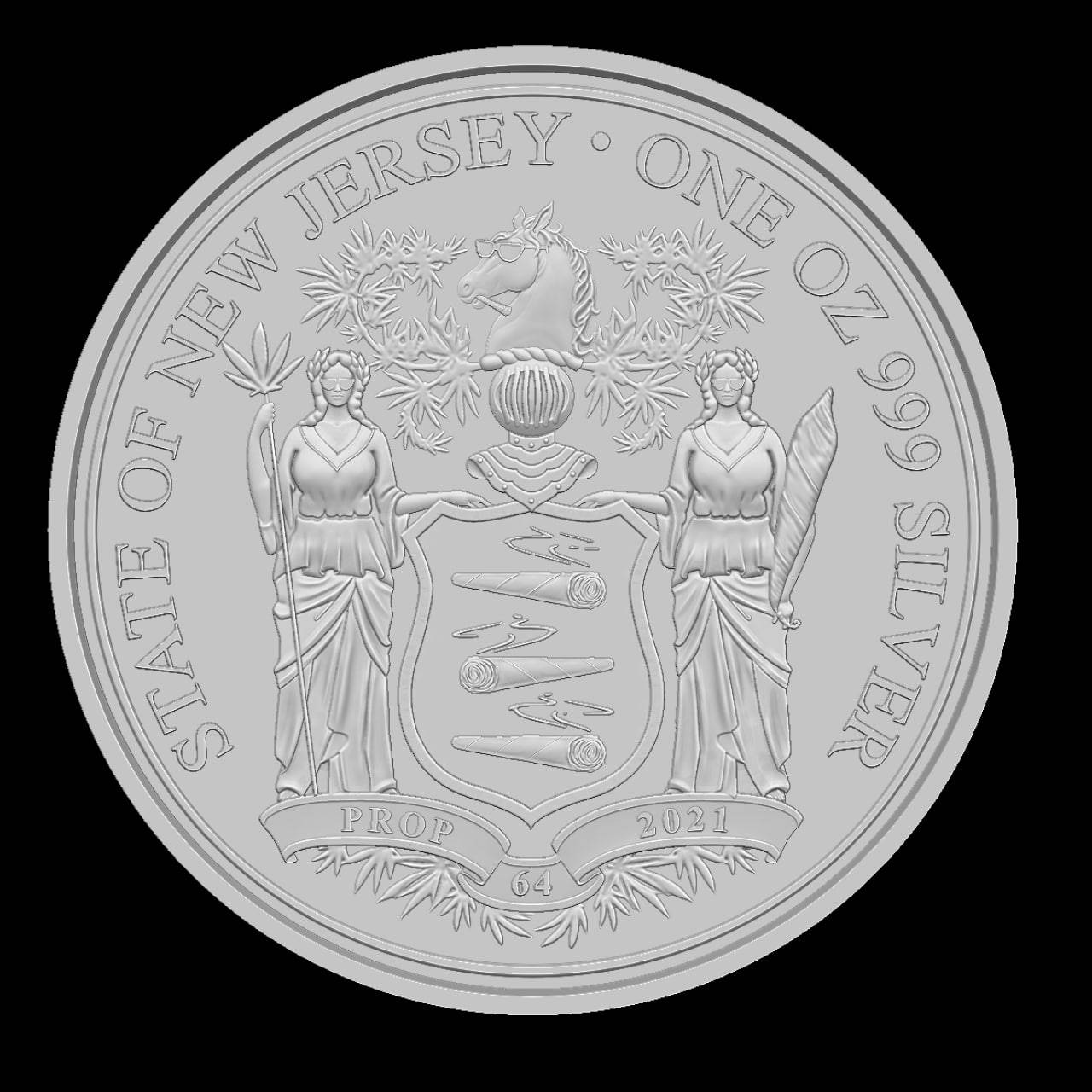 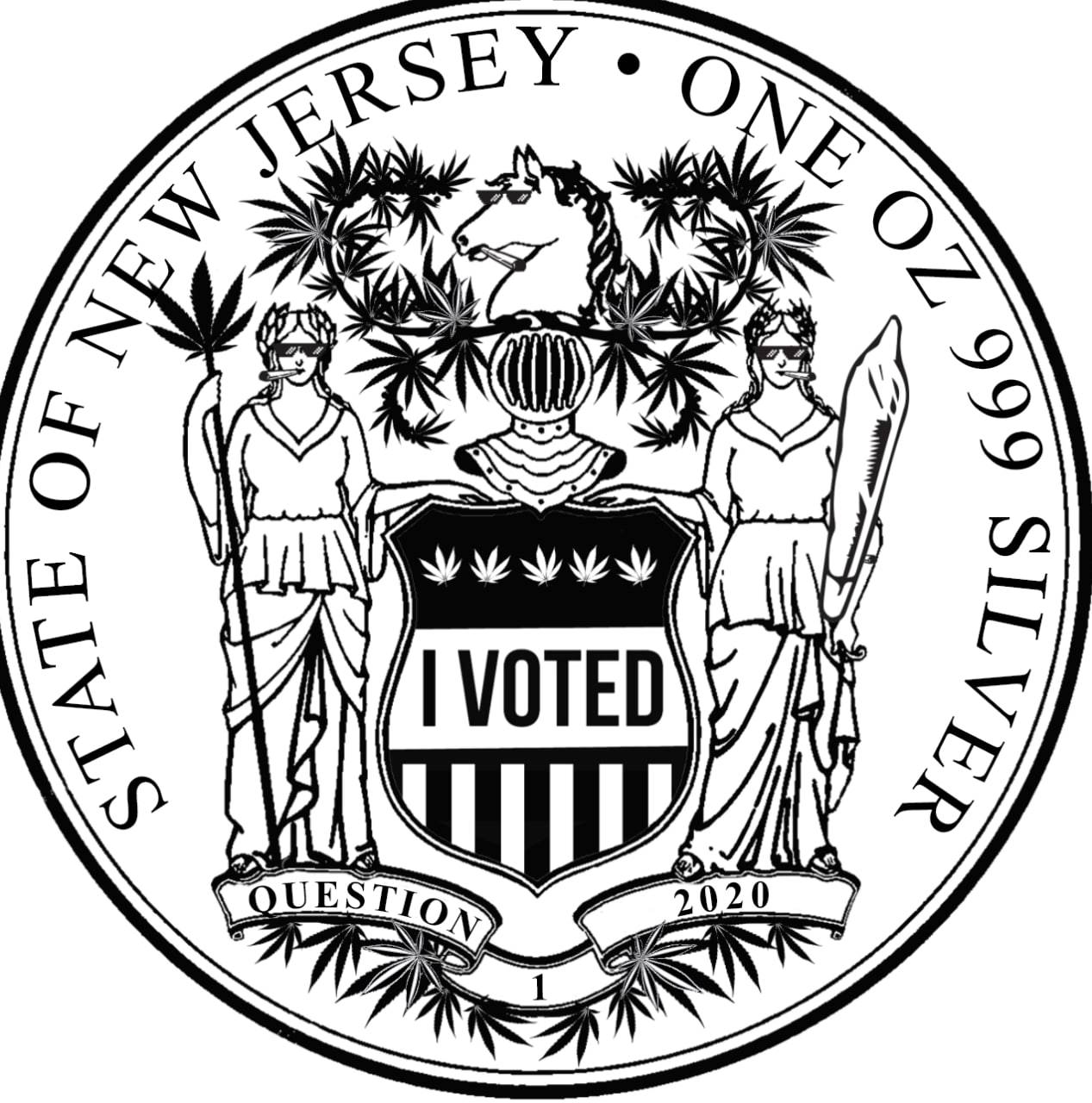 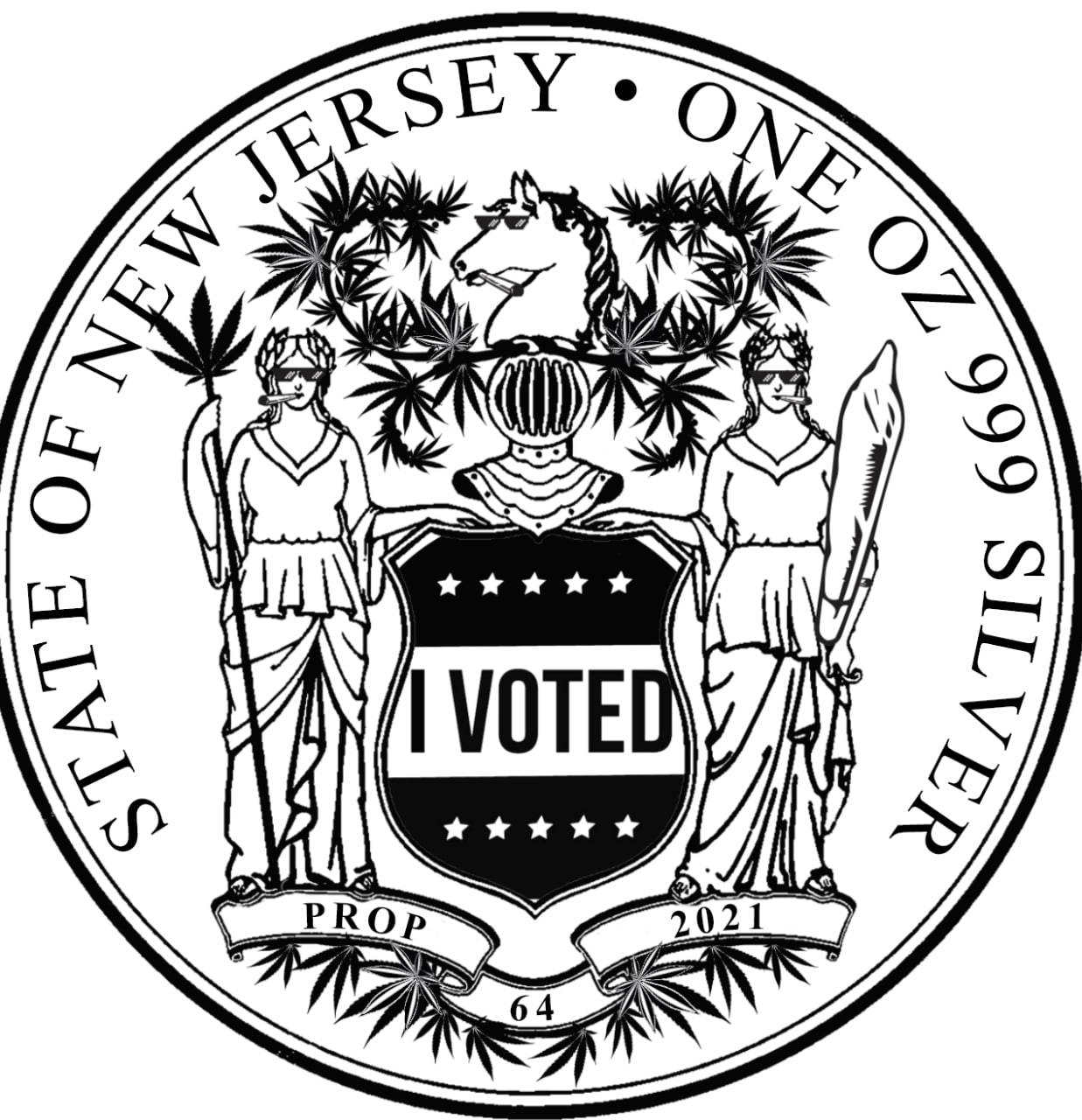 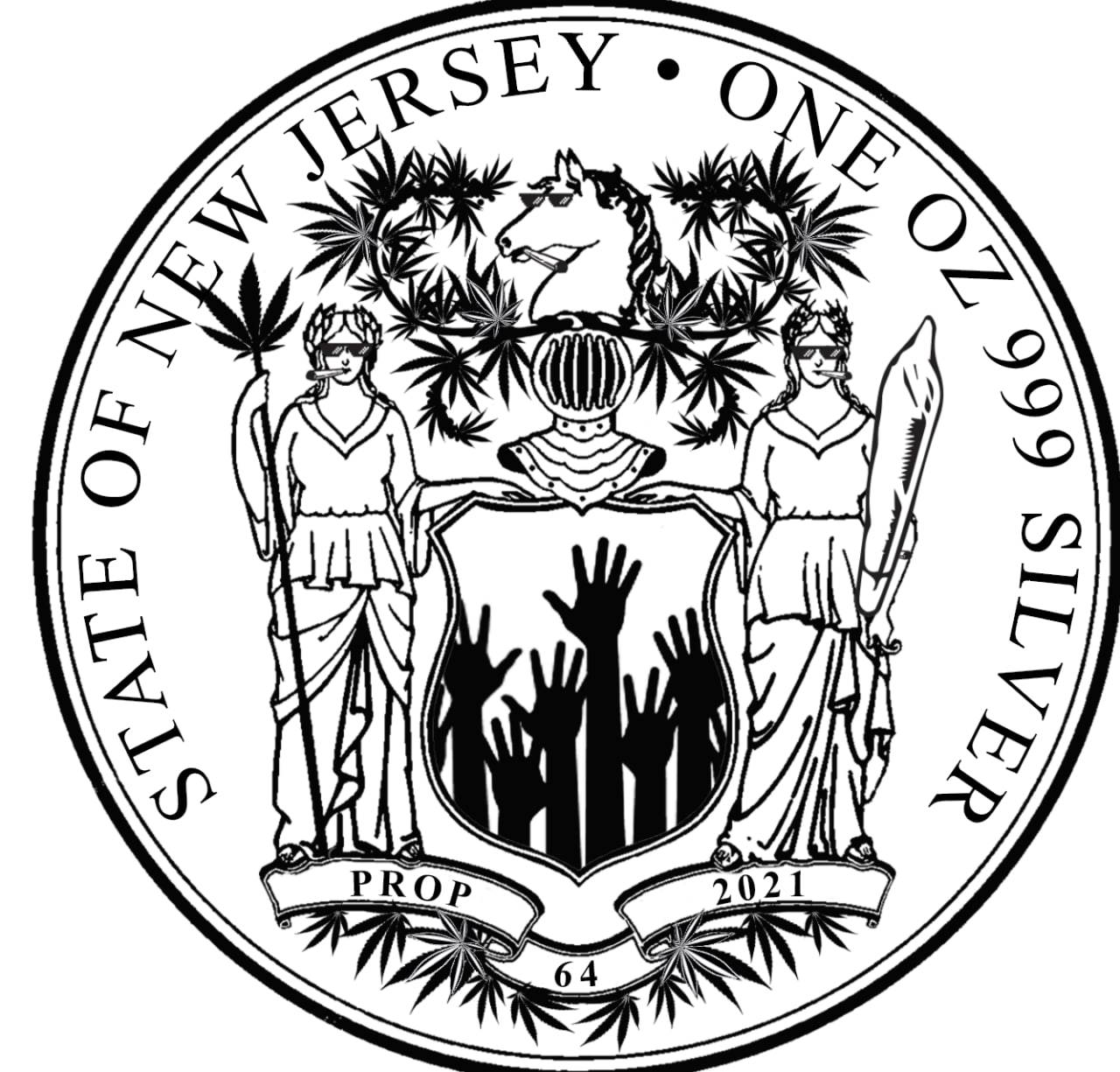 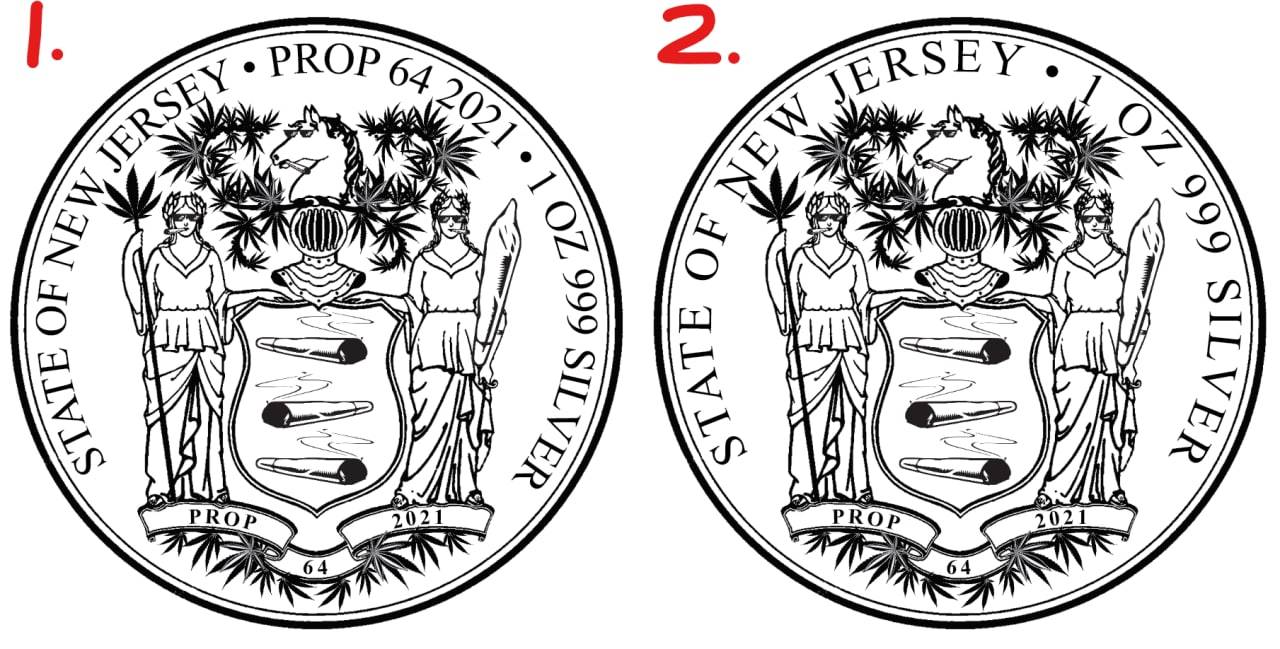 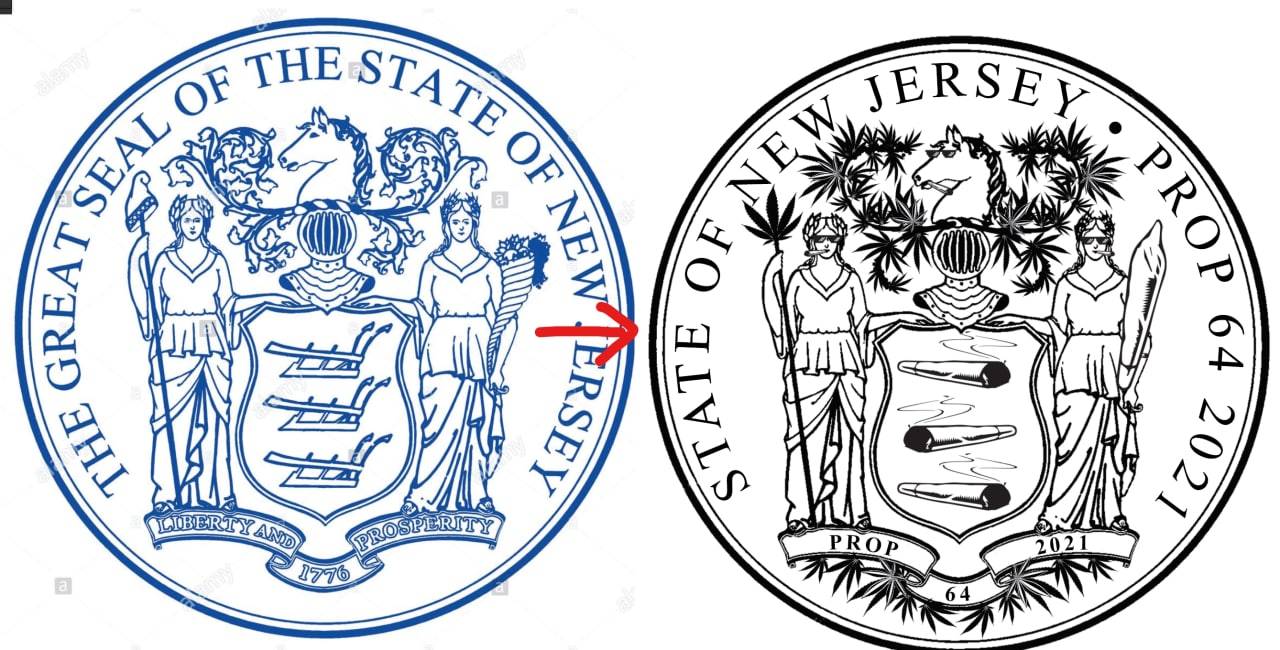 The Start of any legalized collection is with the state seal, and research of the bill that was passed. Once the sketch starts its fun because its taking the original seal and adding weed references to it. This has been such a great series to make and each coin is a lot of fun.

Question 1 is the first legalization measure that a state legislature has referred to voters. Governor Murphy (who was elected in 2017) and his team decided to take this legislation straight to ballot instead of going out and retrieving signatures. They knew the people would have the final say. Senate President Stephen Sweeney made a statement that they wanted to get a marijuana legalization bill passed within 100 days of Murphy's term. Gov. Murphy said that while he preferred legislation over a ballot measure, he had "faith that the people of New Jersey will put us on the right side of history when they vote next November." Sweeney and Scutari issued a joint statement, saying, "... we recognize that the votes just aren’t there. We respect the positions taken by legislators on what is an issue of conscience." Murphy’s team took longer than they said originally, but on December 16, 2019, the New Jersey State Legislature passed a resolution placing the amendment on the ballot.

The constitutional amendment took effect on January 1, 2021.[1] New Jersey was the first state in the Mid-Atlantic to legalize marijuana. The statewide sales tax will be 6.625% and local cities will be able to add up to an additional 2%.

Have a new coin idea? Want to talk about an existing order? Looking for information about a new product coming soon? Our team is here to help! Reach out today!

GIVE US A CALL

Or reach us via email at service@patriotcoins.com

Drop us a line

Ask us anything! We'll get back to you within 24-48 hours

...or send us a message via the contact form here!

PatriotCoins.com is home to the finest collection of silver, copper & gold coins that celebrate our American values.